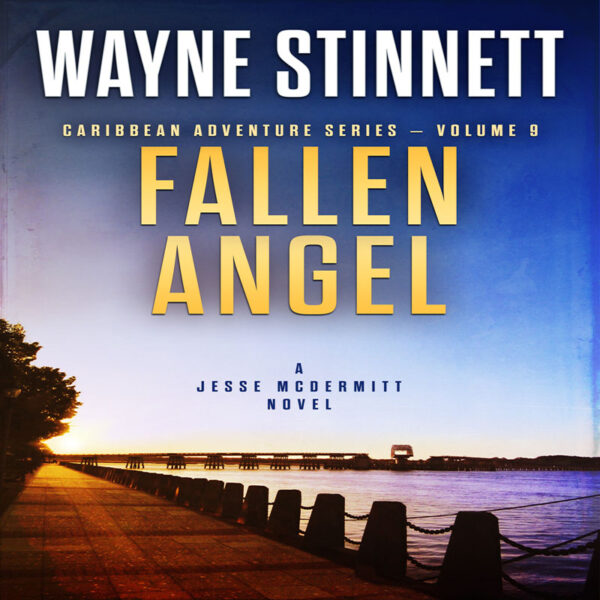 Fallen Angel by Wayne Stinnett is the ninth book in the Caribbean Adventure Series featuring the character Jesse McDermitt. Get hooked on the entire series and dive into a Florida Keys adventure with everyone’s favorite retired marine turned charter boat captain.

A rushed rescue mission doesn’t go as planned for retired Marine Jesse McDermitt and the crew of Gaspar’s Revenge. The two kidnap victims are rescued, but they’d rather be taken back to the Jamaican drug runners who were hired to kill them than return home to laid-back Beaufort, South Carolina, and give the man who wants them dead the chance to hire someone more competent.

Crisscrossing hundreds of miles of open Atlantic Ocean, with a weather eye on a powerful hurricane, Jesse and his crew come up with a plan to lure out the man behind the double murder plot. A high speed run from the Out Islands to the South Carolina coast is fraught with peril. However, Jesse knows that the real danger lies in the sleepy little coastal town not far from where he was once stationed.

When southern politics, power, and money collide, double crosses are the name of the game. Guns blaze and big diesel engines roar, in the spooky marshes of the Lowcountry, as an innocent child’s life hangs in the balance.

Be the first to review “Fallen Angel” Cancel reply