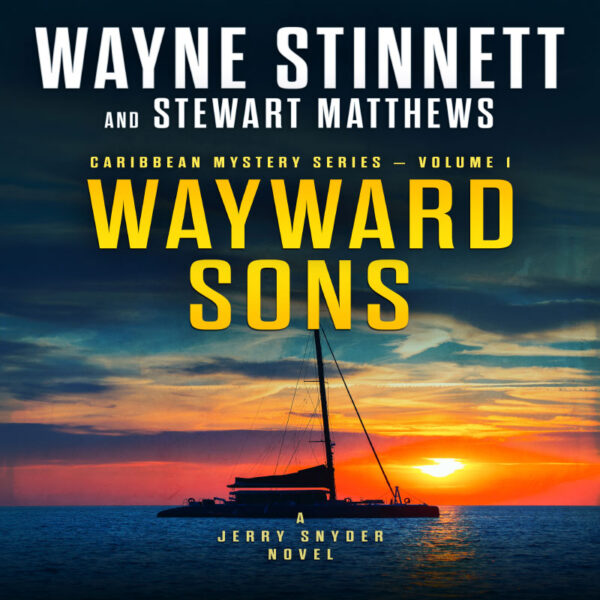 Wayward Sons by Wayne Stinnett and Stewart Matthews is the first book in the Caribbean Mystery Series featuring the character Jerry Snyder. Sail the Caribbean with Jerry and his partner, DJ Martin, as they work together to solve a murder.

Where Jerry Snyder goes, trouble follows. Someone tried to kill him and his bride on their honeymoon in the Virgin Islands. And moving there permanently is proving to be anything but tranquil.

Second, his partner is DJ Martin, a one-legged Airborne vet who has the temperament of a croc with a toothache. DJ has never met a nose he couldn’t break, and he’s tested plenty of them.

When a body washes ashore at an island resort in Culebra, a family desperate for help turns to Jerry and DJ. Sailing the Caribbean looking for answers, their course proves deadlier than either man bargained for. And when Jerry’s past dealings appear on the horizon, the two men have to find common ground to overcome a cunning, powerful enemy with a desire more dangerous than murder.

Be the first to review “Wayward Sons” Cancel reply