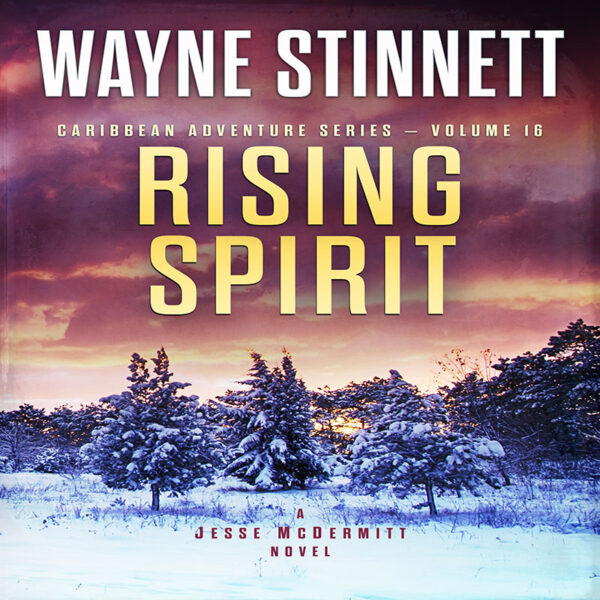 Rising Spirit by Wayne Stinnett is the sixteenth book in the Caribbean Adventure Series featuring the character Jesse McDermitt. Get hooked on the entire series and dive into a Florida Keys adventure with everyone’s favorite retired marine turned charter boat captain.

In the aftermath of Hurricane Irma, Jesse McDermitt has rebuilt his island in the Content Keys far better than it was before the storm. The task was enormous, but so was his need to make things better.

Unbeknownst to Jesse, an environmentally conscious woman from his past has stumbled onto a drug manufacturing cartel in Virginia while working on a pollution mitigation problem. The cartel responds by sending someone to murder people Jesse cares for. A contract killer stalks the woman all the way to Miami, leaving bodies in his wake.

With the help of an old flame in the FBI, Jesse goes to the snow-covered Appalachians to get to the root of the trouble; an unscrupulous prosecutor and dirty sheriff, who are producing LSD on an unbelievable scale.

Is Jesse out of his element this time? Can he protect the people he cares for most? It’s a race against time and Mother Nature to find a killer stalking the quiet neighborhoods of Coconut Grove.

Be the first to review “Rising Spirit” Cancel reply