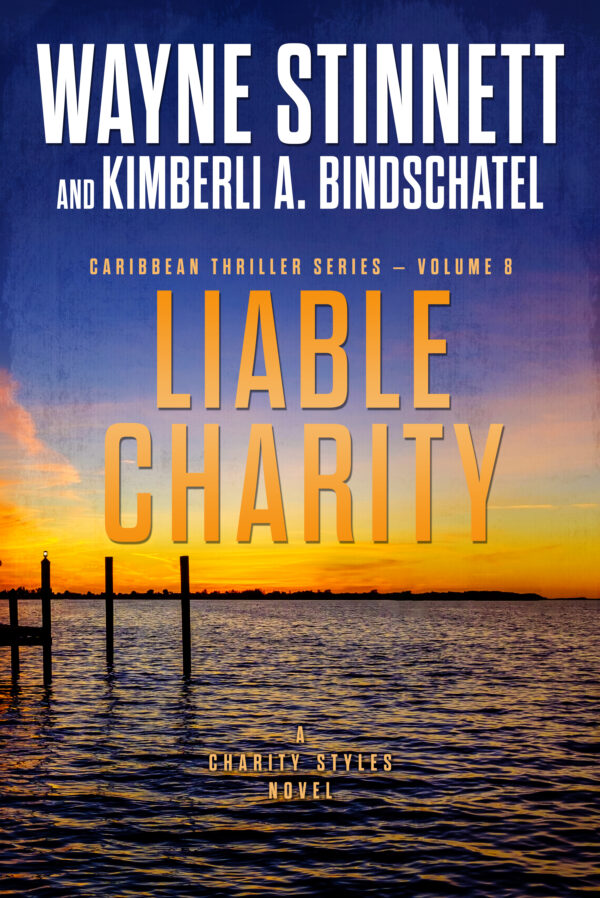 Elusive Charity by Wayne Stinnett is the seventh book in the Caribbean Thriller Series featuring the character Charity Styles. Get hooked on the entire series and dive into a Caribbean adventure with former Olympian and U.S. Army helicopter pilot.

Charity Styles had been the catalyst for the demise of many. But in the past that usually meant the end of a human life. As an assassin for the CIA, it came with the territory.

But this time she feels responsible for the end two of her friend’s relationship.

She sets out on a voyage to find one of the partners in the hopes of rectifying the rift she helped create. Along the way, she encounters a deadly foe, bent on becoming rich regardless of how many must suffer or die.

Charity finds her friend but before they can reconcile the problem, they must join forces with an animal rights activist to rescue an innocent woman from a Mexican cartel involved in the trafficking of endangered wildlife.

Facing down armed and powerful cartel members will be child’s play compared to the fight yet to come when Charity admits what she’s done.

It’s the height of summer in Campeche, but when Charity Styles is around, things tend to get even hotter.

Be the first to review “Liable Charity” Cancel reply