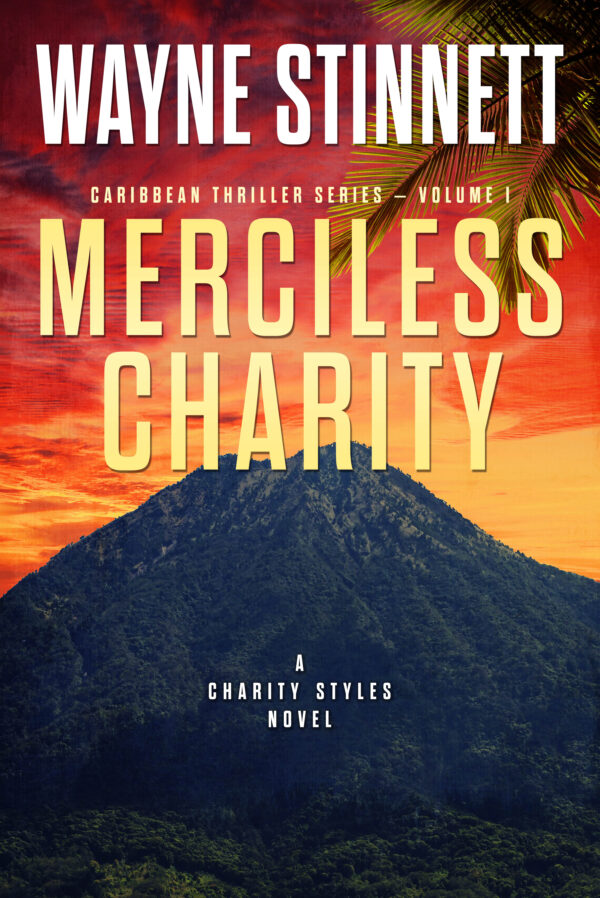 Merciless Charity by Wayne Stinnett is the first book in the Caribbean Thriller Series featuring the character Charity Styles.  Get hooked on the entire series and dive into a Caribbean adventure with everyone’s favorite former Olympian and U.S. Army helicopter pilot.

What can be done to stop madness from sweeping the world when political indecision is the norm? When the nation’s leaders lack the backbone to stand up to them, what can stop an enemy that knows no rules? Charity.

Charity Styles is a former Olympian and U.S. Army helicopter pilot. Captured and tortured by terrorists in Afghanistan after the opening blows of the War on Terror, Charity has a score to settle. Now working for the Department of Homeland Security, she is offered the opportunity to make a real difference.

Critical memories of her ordeal are buried deep in Charity’s subconscious. When the director of Homeland Security’s vaunted Caribbean Counterterrorism Command, discovers the key to unlocking Charity’s past, he unleashes a tempest, the fury of which no enemy can prepare for.

Already a martial arts instructor and pilot, Director Stockwell guides her training in marksmanship and spycraft, making Charity the most dangerous asset in America’s covert arsenal. Charity then sets her sails, crossing the sea in an antique sloop. A single-minded, all-encompassing determination stays her course.

To confront the enemy and play by their rules.

Be the first to review “Merciless Charity” Cancel reply