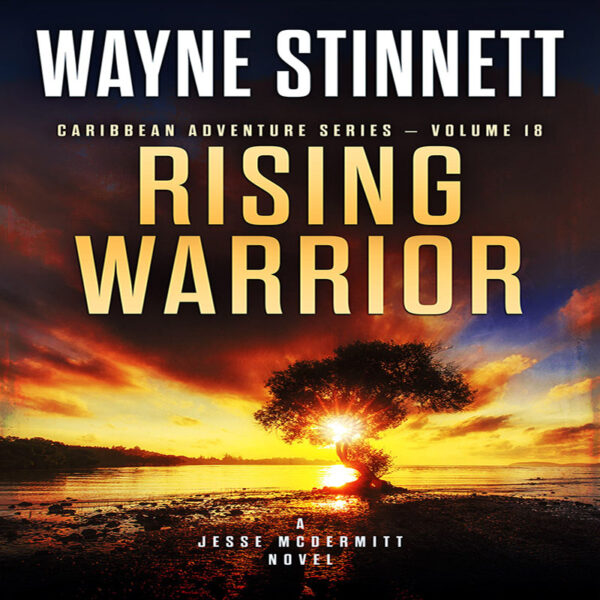 Rising Warrior by Wayne Stinnett is the eighteenth book in the Caribbean Adventure Series featuring the character Jesse McDermitt. Get hooked on the entire series and dive into a Florida Keys adventure with everyone’s favorite retired marine turned charter boat captain.

After returning home to the Florida Keys, Jesse moves on to Fort Myers, his hometown on the Southwest Florida coast. There is much work to be done and Jesse is no stranger to hard work.

On a kayaking adventure with friends, Jesse’s daughter finds and rescues a baby manatee suffering from respiratory problems. The red tide has returned and fish are dying by the thousands, along with dolphins, manatees, sea turtles, and sea birds.

The algal bloom is a naturally occurring phenomenon, but this time it’s much worse. Theories abound; it’s something left over from the previous spring’s coronavirus outbreak, it’s caused by pollution, someone is intentionally creating a super-algae.

But there’s something far more sinister going on among the Ten Thousand Islands, and it’s up to Jesse to find out where the bodies are buried.

Be the first to review “Rising Warrior” Cancel reply