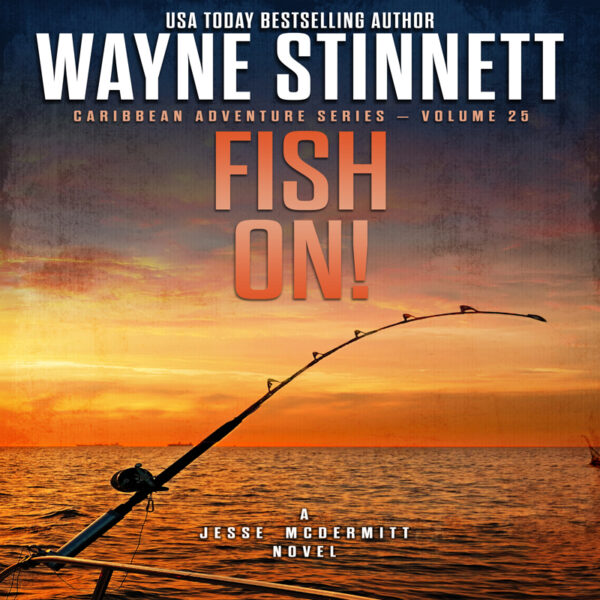 Fish On! by Wayne Stinnett is the twenty-fifth book in the Caribbean Adventure Series featuring the character Jesse McDermitt. Get hooked on the entire series and dive into a Florida Keys adventure with everyone’s favorite retired marine turned charter boat captain.

Jesse McDermitt is finally ready to retire. But life has other plans. While diving on a remote reef deep in the backcountry of the Florida Keys with his wife, son and two friends, he discovers of all things, a car.

Not just any car, but a 1928 Duesenberg Model J, the most powerful and stylish automobile of its time. The car was once owned by a Saudi prince who was attempting to develop Johnston Key in the heart of Turkey Basin before Henry Flagler even finished the rail line to Key West.

But that’s not all Jesse discovers and what he finds next will make him the target of one of his own. He’s been mentoring a young operative who then decides to go rogue and now it’s up to Jesse to find the man and, if need be, eliminate him before he can hurt anyone else.

Be the first to review “Fish On!” Cancel reply