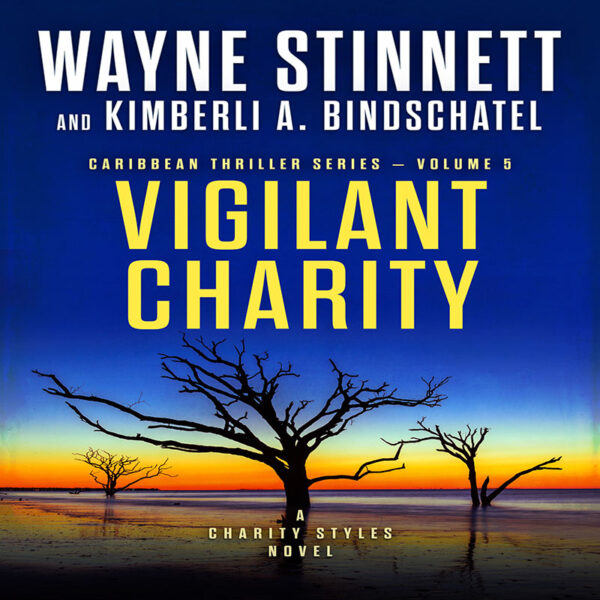 Vigilant Charity by Wayne Stinnett is the fifth book in the Caribbean Thriller Series featuring the character Charity Styles. Get hooked on the entire series and dive into a Caribbean adventure with former Olympian and U.S. Army helicopter pilot.

Charity Styles has been wandering the Pacific aimlessly aboard her beloved sloop, Wind Dancer, and only recently returned to the turquoise waters of the Caribbean. Entering a secluded cove in the Sea of Abaco, in the Bahamas, she runs into an old acquaintance and the woman’s young daughter.

The two have a few things in common, not the least of which are four men’s bodies at the bottom of a 600-foot-deep blue hole on Hoffman’s Cay. The reunion is fraught with “what ifs.” What if Charity had enjoyed a normal childhood like her friend’s young daughter? What if her mother hadn’t abandoned her as a child? What if her father hadn’t died when she was in college? What if Victor hadn’t been murdered?

Just as Charity begins to relax and truly enjoy the companionship of a good friend, disaster strikes. In an instant, she’s faced with a terrible choice that will push Charity to her limits. Her action could mean the difference between life and death for both mother and daughter.

When Charity’s two worlds collide violently, a drug running operation is exposed, as well as a slick southern lawyer. Will Charity handle things in her usual way?

Be the first to review “Vigilant Charity” Cancel reply