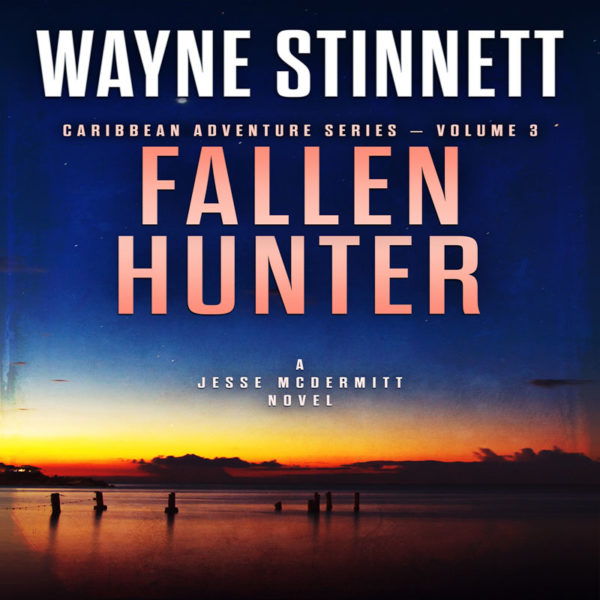 Jesse McDermitt has been grieving the loss of a loved one to terrorists. He’s been holed up on his secluded island home for months, numbing his mind and body with endless, mundane tasks. But he has a plan for vengeance.

A friend approaches Jesse seeking help for her dad who’s been pressured into running drugs for a dangerous Cuban smuggler. When Jesse learns that the smuggler is also an arms merchant for Hezbollah, the terrorist organization responsible for the death of someone close, he once again looks to settle the score.

Fast boats, beautiful underwater scenery, and blazing guns abound in this fast paced romp through the Caribbean, with stops in Cuba, Key West, and Cozumel, Mexico.

Be the first to review “Fallen Hunter” Cancel reply