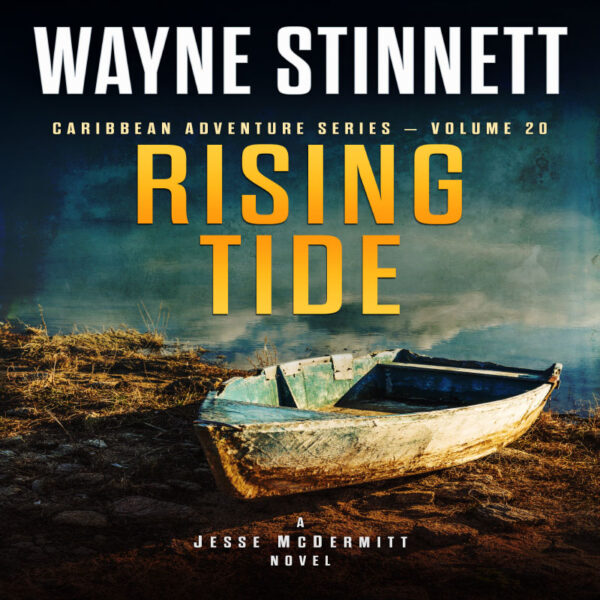 Rising Tide by Wayne Stinnett is the twentieth book in the Caribbean Adventure Series featuring the character Jesse McDermitt. Get hooked on the entire series and dive into a Florida Keys adventure with everyone’s favorite retired marine turned charter boat captain.

When a small homemade boat drifts under the Seven Mile Bridge, Jesse McDermitt doesn’t hesitate to jump in and pull the boat ashore on Pigeon Key with an injured boy aboard.

The boy provides more questions than answers. He’s believed to be a Cuban refugee, yet when he regains consciousness, he speaks perfect English, but can’t even remember his name.

Clues point to the boy coming from Fort Myers, Jesse’s hometown. After going to war with drug smugglers there, Jesse has no desire to go back. But something is pulling at his wife’s heart strings.

With only a week before he has to leave for bigger, broader horizons, will Jesse be able to solve the mystery of the “lost boy” in time. Will the clues he finds along the way lead him deeper into the world of gang warfare than he wants to go?

Things are about to get hot in the Florida Keys, and it’s not just the spring weather.

Be the first to review “Rising Tide” Cancel reply