So You Want To Be An Author? 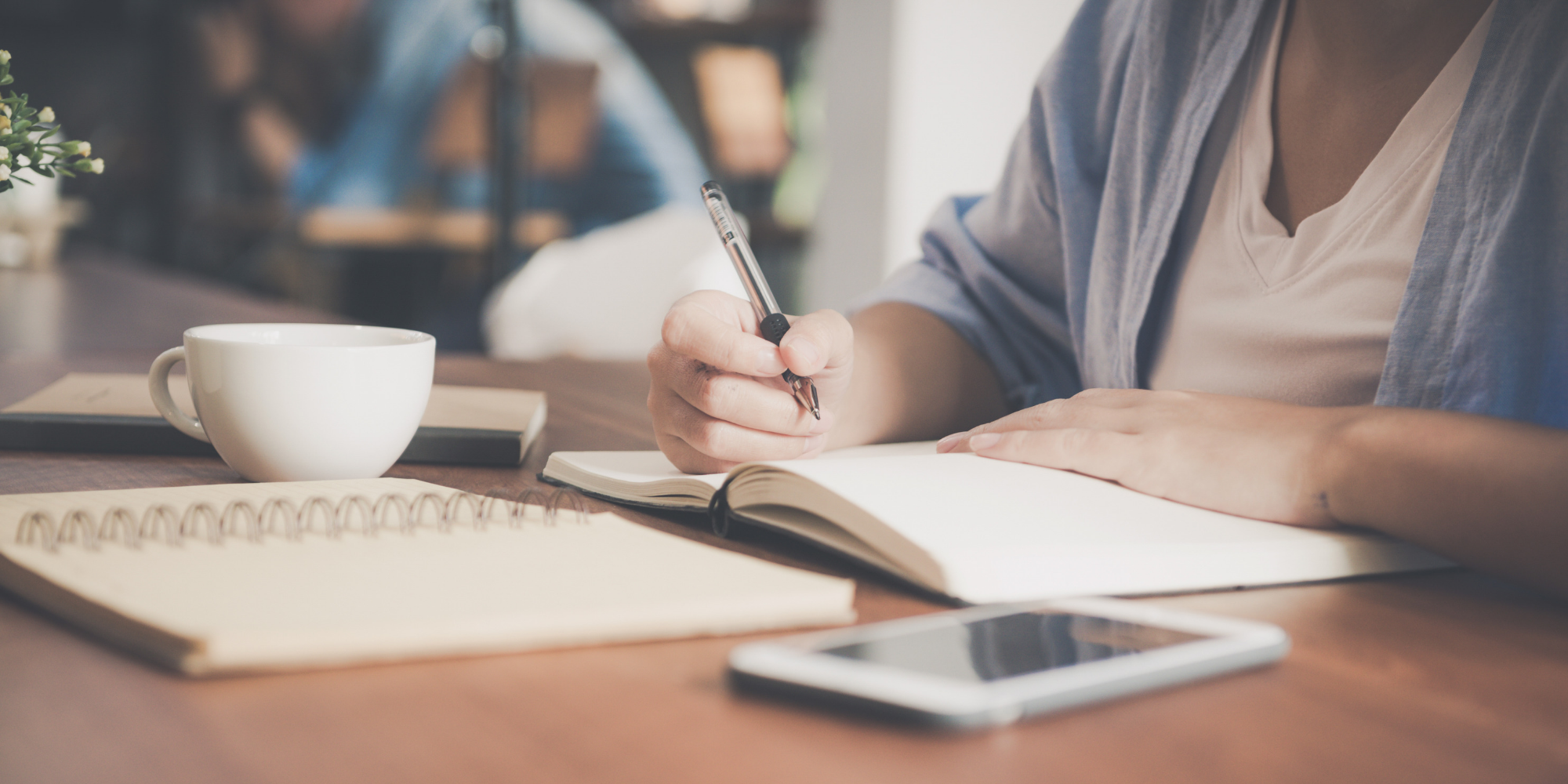 So You Want To Be An Author?

For all you folks wondering if your dream of being an author can ever come true. Yes, it can! But, dreaming about it won’t do it. You must act. Ben Franklin once said, “Failing to prepare is the same as preparing to fail.” He was of course, talking about preparing for war with the British once the Declaration of Independence was signed. But, I’ve come to realize all those old guys from years ago were probably the most intelligent group to ever live at one time, in one place. Much of the things they wrote can be taken myriad number of ways.

Did I dream about making a better living for me and my family with my story telling? Yeah, for many years. But, I was target fixated. That’s when a fighter pilot concentrates so hard on the tango he’s trying to shoot down, he completely misses the other one coming up behind him. My target for nearly three decades was getting on the bookstore shelves. I’d never heard of an ebook. Then, our oldest daughter and her husband gave me a Kindle for Christmas. A few months later, I mentioned to him that I’d been reading a lot of authors I’d never heard of on it. He told me they were probably self published. That’s when I learned he worked for Amazon. When I mentioned I’d been trying to get published since the eighties, he explained how self publishing worked and showed me on my laptop how to do it.

A month later, I took out those dusty short stories from the late eighties and began writing my first novel based on them. I was determined to do it. My goal was to compile and lengthen those three shorts into two novels and with any luck, I could make enough to buy tools for a wood working shop. I was a truck driver and wanted desperately to get off the road and work for myself, building furniture, cabinets and most of all, boats.

I cranked out my first book, with little or no guidance, in three months and published it last October. I put it out of my mind completely and started on the second one. Though it was 20K words longer, I cranked it out in 2-1/2 months. Mind you, I was working upwards of 70 hours a week as an over the road truck driver and writing in the sleeper of the truck. My first goal was to get both books published before Christmas and that’s just what I did, 178K words in less than six months, publishing my second book on 10/23. December sales were only a couple hundred dollars, most of it after the second book. January sales were over $2500. More than enough for all the tools I wanted.

That’s when it hit me. I could make a living at this, which had been a dream for decades. Something else hit me at about the same time. The numbers. I realized I’d written 178,000 of my own words in two stories, in 178 days. One thousand words a day. I’d read somewhere that was the key to successful writing. And those two stories earned me $2500 in one month! It wasn’t hard to calculate that two more stories in six months would double that income. I hadn’t yet learned about how ranking and exposure caused exponential sales of multiple works. I knew nothing about book marketing, or even proper editing, cover design and formatting. I was wet behind the ears at 55.

That’s about the time I found Kindle Boards (www.KBoards.com) and all the writers that hang out in the Writers’ Cafe forum there. What a blessing that was. I spent a month lurking and learning everything I could, soaking in the vast expanse of accumulated creative and marketing knowledge that are right there on those boards. I learned what worked and more importantly, I learned what didn’t work. Armed with better weaponry, I attacked my first two books with a vengeance and rereleased them as second editions with much better covers, formatting and a marketing plan. Sales climbed slightly and I started on a third book, but without the guidance of those short stories.

I wanted to write about something that I was emotionally too close to, so I sought the help of a young Marine who’d recently left the Corps after three tours in Iraq and Afghanistan as an Infantryman. He’s the son of a friend and suffered post traumatic stress. At first he was reluctant, until I told him about my own demons. It took us a while, but I like to think we put together a fictional story that might help others to seek out someone to talk to. I published Fallen Pride in early April, 2014. Sales that month were equal to my best month as a truck driver. I was almost there. I could feel it.

From KBoards, I learned a “feeder” was needed, but I was reluctant to reduce the price of my first book, or EGAD, make it permafree. So in just six weeks, I cranked out a 53K word prequel to the others and knowing that my dream was doable and already having a good emergency savings and retirement in place, I QUIT MY JOB half way through writing it. Fallen Out was published on May 30, two weeks before the one year anniversary of the first time I ever heard about self publishing. Since day one, it’s been my sales leader, drawing in more and more readers. I intentionally made it a little jerky, to more closely match the pace of my first book.

Work hard. One thousand words a day, by habit, will create four 80K-90K word novels a year. You won’t make squat with the first one, so hammer out something that’ll lure and hook readers. When you have withdrawals because you’re not writing that thousand words a day, you’ll start to see some success. In some genres, that might happen fast. In others, slower. You might well be a talentless hack. That’s okay. Do you honestly think Tiger Woods first game was three under par? Learn and work hard to gain that talent. It’s not a sprint. My feeble success was thirty years in the making. That’s an ultra-marathon. Sure, there are the very rare few that hit exactly the pacing and many readers happy button and hit it out of the park very early in their career. Odds are you’re not going to be one of them. Work toward the future.

Set your prices high. Don’t let the market dictate that you should be giving your stuff away cheap. Get that second book out in less than three months. Do a little marketing, so you’re part time gig can make enough to pay for itself. Good covers and editing cost money. This will also keep your significant other from screaming that you’re squandering the savings.

Keep writing. Hone your craft. Don’t be afraid to experiment, there’s always a delete button. If you don’t like it and you’re writing in the genre you like to read, others probably won’t either. But, don’t let that be your limiting factor. Play around and have fun.

Write what you know.

Don’t try to write about how beautiful the ocean is if you live in Nebraska and have never seen it. It will show. I’m fortunate. I’m old and have seen a lot more than most. From the islands of the Caribbean to the Columbia River, from the foggy cliffs of Maine, to Rodeo Drive and everywhere in between. I’ve visited and lived in more foreign countries than most people have visited cities. Write in the genre you most like to read, you already know the pacing of what you like. As a reader, my books are exactly what I love to read.

It’s not a dream for the faint of heart. People will call you out in reviews. Friends will tell you it’s not possible. I spoke to a guy I used to work with the other day and he asked who I was now driving for. I told him I was still working for myself as a writer, four months after quitting my job. “Ah, unemployment, huh?” he said. “You know that won’t last forever.” I didn’t tell him I’d already made way more since quitting, than I did all of last year as a driver. An easily discouraged person without a plan will sell one copy a month of their one and only book for many years. If a $2 a month pension is okay with you, by all means stop right there. If you want an income stream you can leave to your kids, ignore the nay sayers, think positive, make a plan to achieve your dream and work hard to get there.

But, it all starts with a plan. A dream without a plan is just a wish. And their ain’t no dang genies.