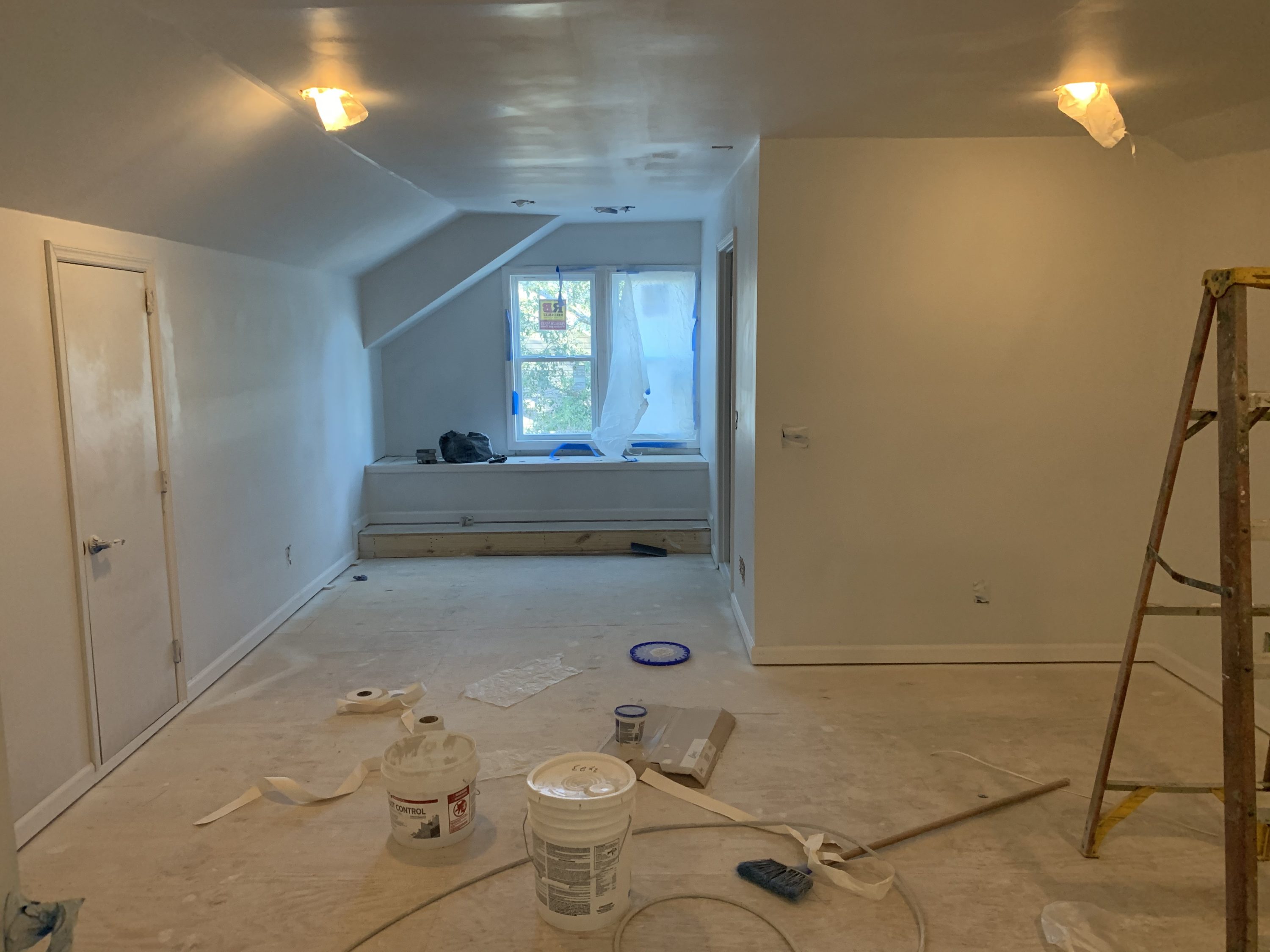 I’ve never been one to jump on any bandwagon. I like to move slow and deliberate, and wait for all the hype to fall away and allow room on the wagon for what I want to do. You may have seen some of my promotional videos for Blue Collar to No Collar a couple of years ago. And if you follow me on Facebook, maybe you caught me and Nick Sullivan in a 2-1/2 hour Facebook Drinking–er–Live Event, or me hanging out with Eric Stone on my boat, Write of Passage, discussing boats, books, and music. Those were fun, and they nurtured the seed of an idea planted long ago.

Nick is my very talented narrator, and close friend. Narrator barely describes what Nick does. He’s brought my characters to life for thousands of listeners, not to mention this one. We started working together in 2015 and since then, I hear Nick’s rendition of my characters as I write. It’s truly helped me to write them in a way I never dreamed possible. He also provides feedback on my writing, that would make listening to the audiobook more enjoyable. Since we hear the words in our heads as we read, his input has made my books better. I now wait until his recording is complete, before sending a finished manuscript for final formatting. The writing truly isn’t finished until you hear all the words spoken. Nick’s also become a trop-author, about to release the third in an exciting series, featuring a traveling pair of scuba divemasters, Boone and Emily. We’ve now banded a whole crew of scallywags–er–trop-authors under the tropicalauthors.com sunbrella. So, yeah, we’ve developed a bit of a network, a Coconut Telegraph, if you will. Because we’re comfortable together, and knowledgeable about both writing and audio, Nick and I will co-host this little armada and we’ll either together or separately bring one or two guests aboard for a sunset cruise.

Before, during, and after our rum soaked Facebook Live video, Nick and I started talking about doing a regular monthly podcast not just to get in touch with our readers, but to talk to other authors and narrators about subjects ranging from prose to profits. A podcast has been in the back of my mind for quite a while now. Remember that bandwagon I mentioned. Well, the parade’s about over, there’s only a few musicians still playing, and the driver is nodding off. So, I’m getting on the wagon, turning it on it’s heels, and parading that puppy right down Main Street again. But this podcast will be all about having fun.

We don’t as yet have a name for this new show. I was thinking Book Talk, or Talking Write, something that blends the arts of storytelling and voice acting. But that doesn’t mean the idea isn’t moving forward. Nay, nay. New musicians are tuning up, and I’ve got the helm. At the beginning of February, I hired the contractor who built my house ten years ago, to convert the walk-in attic into a sound studio. He designed it for future expansion and in just three weeks, the project’s nearly finished. My daughter and I play bass and guitar. Well, she plays bass, and I cause the guitar to make a noise, but I wouldn’t quite describe it as playing. Not yet. We’ve been talking about doing the attic conversion since we bought the house, over four years ago. By adding a window, it would qualify as a bedroom, increasing our home’s value. Recently, we decided to expand the room to include a video broadcast studio and set a deadline. Carpet and furniture go in when we get back from the Virgin Islands on the 23rd.

So, what are we going to talk about on this podcast with no name? First off, it will be broadcast live and posted to Youtube after the show ends. So, depending on the guest, it could be anything and the discussion and guest lineup will be audience driven. But the central theme, regardless of where any of us are actually located will be sun, sand, and water. A once a month beach party where we discuss stories and storytelling. We now have over 30 members in out little Tropical Mafia. There’s more than two years of programming right there. Throw in guests to talk about marketing, advertising, SEO, editing, best boat drinks… Well, you get the drift. We easily have five years of programming fun. We all write about boats and warm weather, and we all travel. So, a lot of content could come live from Dockside or the Soggy Dollar. In fact, with the number of talented trop-authors we have, I can almost guarantee one of us will be someplace hot, hot, hot, for every episode.  We all have writing and a love of salt air in common. So, expect to see live feeds from boats anchored off Miami, Key West, or Nassau.

We have to start talking to find out what we’re going to talk about, and talking has become kind of a lost skill. Hence, the live aspect. My studio will host the show, which will be broadcast from the alcove in the picture below. What you don’t see are the ceiling outlet for lighting, and the dedicated cable outlet in the wall where the engineer will sit at a monitor, directing all the techno stuff. The engineer will be my talented bassist daughter, Jordan, who does the morning video broadcasts at her high school, through her multi-media class, where she works both in front of and behind the camera. Or, in this case, computer screen. She’ll be able to cut to graphics, add links, choose audience questions and put them on a teleprompter for me to read, bring in intro and outro music, and other tech wizardry stuff I know nothing about. My dad always said, you don’t have to be smart to succeed, just surround yourself with smart people.

Anyway, I present to you the future studio of the Podcast With No Name, first episode coming this spring.
Please share with any authors you may know. 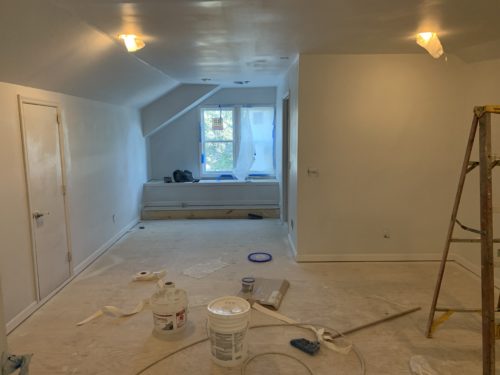